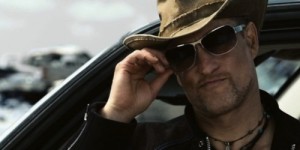 ‘Based on an idea by Luc Besson.’

You know how seeing those words on a screen fills you with dread and giggles?

Let’s remake Escape from New York in a futuristic banlieue, no, wait, in a space prison.

Let’s make a movie about taxis going really fast four separate times, and then let’s make it three more times except instead of taxis we’ll have a delivery guy who kicks ass but has a heart of gold, and then we’ll try it on telly, and then we’ll reboot it and pretend the first ones never happened…

The ideas just pour out of him.

However, just because French courts ruled that Besson is ‘the death of cinema’ (long story, kinda almost true), it does not mean that he cannot have good ideas.

He bunged Tony Jaa euros when it mattered. There was Jean Reno as the clean-up guy, and that whole le parkour thing.

Sometimes his ideas are obviously crazy, but then turn out not to be. Like the morning he sat down and thought, I know, I’ll make Jason Statham a movie star.

Given the late-career boosts enjoyed by ageing male stars in recent  movies from Besson’s Europacorp, competition for the role of Paul, made famous by Marlon Brando, was understandably stiff. Michael Biehn, Michael Madsen, Craig Fairbrass and Andy Garcia were all considered. But, Besson explains, it was  Woody Harrelson’s performance in Zombieland (2009) that caught his eye. ‘He was perfect. I completely believed he would criss-cross the post-apocalyptic badlands checking out convenience stores and vending machines. Such drive! Such focus! I knew the moment I saw it that he was ideal for Paul.’

In Last Tango, Paul meets a mysterious woman, Jeanne (Scarlett Johansson), at a Parisian apartment they both want to rent. She is half his age. Soon they embark on an intense – and quite graphic –  sexual relationship. They agree to keep it all anonymous, to share no details of their personal lives, and soon Paul finds himself in a race against time to retrieve from evil Albanians a world-shaking secret concealed in France’s only remaining can of a popular fizzy drink…