This is really just a note listing some of the African sf that has been published since I wrote ‘African Science Fiction 101’ – and some of the books I just plain missed when I researched it. Hopefully, this summer I will have time to read them… 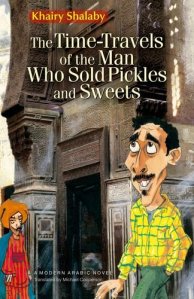 Khairy Shalaby, Travels of the Pickle and Sweet Vendor (1991; trans 2010). Egyptian timeslip narrative, which seems to have a different title on the cover than in the listings where I found it, and my copy is still in the post, so this mystery will remain temporarily unresolved…

Rachel Zadok, Sister-Sister (2013). A road-trip through an apocalyptic alternative (or near-future) South Africa.

Chibundu Onuzo, The Spider King’s Daughter (2013). This keeps being recommended to me – but I cannot find any reference to it containing fantastical elements (despite the title), so I guess I should read it and then either replace this explanation or cut it from this list…

Dilman Dila, A Killing in the Sun (2014). Solid collection of ten short stories playing across distinctions between sf and fantasy, modernity and tradition, superstition and indigenous knowledges, by the Ugandan author and filmmaker. I think this is the first single-author collection of African sf.

Nerine Dorman, ed., Terra Incognita: New Short Speculative Stories from Africa (2015). Anthology of nineteen stories – the third to come out of Short Story Day Africa’s annual competition – at the more literary end of genre. Only a couple of duds in it. (I should have a review of it – and the previous entry – forthcoming soon.)

Nnedi Okorafor, The Book of Phoenix (2015). Prequel to Who Fears Death.

In terms of short fiction, issue three of Omenana has just come out, and the second volume of Ivor Hartmann’s AfroSF: Science Fiction by African Writers is imminent. There is also forthcoming this year an anthology called Imagine Africa 500, which apparently will contain ten sf stories by writers from Malawi and ten from writers from other African countries.

Crumbs (Miguel Llansó Ethiopia/Spain/Finland 2015) is currently doing the rounds of film festivals before, hopefully, a wider arthouse and DVD release. According to imdb, ‘Our figurine sized supermen hero embarks on an epic surreal journey that will take him across the Ethiopian post apocalyptic landscape in search of a way to get on the hovering spacecraft that for years has become a landmark in the skies’.

In ‘Africa SF 101’, I mentioned A Beast in View (1969), by exiled anti-Apartheid activist Peter Dreyer, and Nadine Gordimer’s July’s People (1981), set in a near-future in which resistance to Apartheid is becoming open revolution. 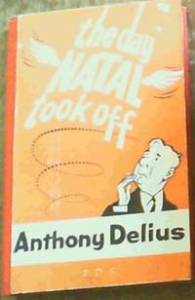 What I missed completely were a number of novels by South Africans anticipating the end of Apartheid, ranging from the earnest to the satirical to the trashy: Anthony Delius, The Day Natal Took Off (1960) Gary Allighan, Verwoerd – the End (1961) Andrew McCoy, The Insurrectionist (1979) Frank Graves, African Chess (1990; recently revised and reissued).

There are several similar novels from outside of Africa: Iain Findlay, The Azanian Assignment (1978) – the only novel by this Australian author

Randall Robinson, The Emancipation of Wakefield Clay (1978) – looks like a further example of the American cycle of ‘Black Power Sf’, but with the revolution displaced from the US

Larry Bond, Vortex (1981) – about the size of a housebrick, and just as smart; as well as a dramatis personae, it has a glossary giving details of all the different weapons and weapons systems it mentions

In other news, ‘African Science Fiction 101’ has been translated in two parts for the website of the World Chinese Science Fiction Association, China’s largest association for science fiction practitioners and fans. If you want to see it, go here and here.