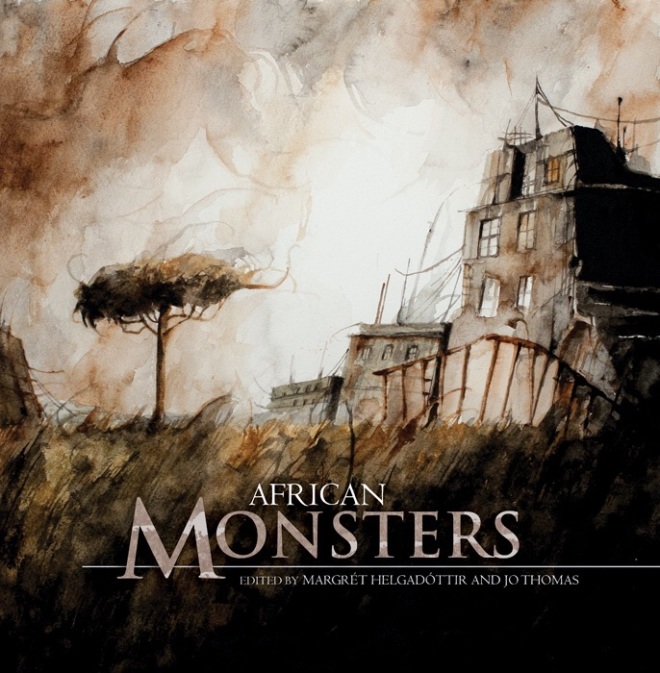 [A version of this piece appeared on the Salvage website]

We live in a world being made monstrous.
By us. Inhuman and obscene (and anthropocene). Not merely unhomely but uninhabitable.

And it is a time of monsters.
Aliens and kaiju, zombies and mutants, giant robots and costumed freaks lay waste to our cities. Rumbling urban smackdowns between unknowable forces scorch the Earth for those with an eye to the main chance. Property developers. Gentrifiers. Buy-to-let landlords. Their snouts in the tattered remains of a public purse no longer really intended to serve the public. At the same time, politicians and journalists casually – and with the most deadly of intentions – label people on our borders and estates and social security as not really human at all.

Monsters mean.
They are good for thinking with – from Marx’s vampire capitalists and cyborg factories to the brain-eating undead ghouls that shamble relentlessly across all our post-millennial screens, large and small, dragging the mechanisms by which biopolitical states of exception operate out into plain sight.

Even though monsters might not exist they are the most material of metaphors, and more than mere metaphor.

They matter and make meaning.

Monsters refuse monstrosity.
In Tade Thompson’s ‘One Hundred and Twenty Days of Sunlight’, a deliberately self-interred then accidentally disinterred West African vampire tells his tale. He turned his back on the human world, but had to return to it to learn how to be in a world to which he could never belong. With chilling composure he observes armies clash and people kill for reasons he cannot fathom. He remembers a tale he was told in childhood in which – reworking Dracula’s voyage to Britain – one of the vampire kind, taken unknowingly, broke free in a slaveship and killed everyone onboard. Despite this, the monster, it is clear, was not the real monster. Like the protagonist, the monster refuses – rather than denies – monstrosity. The monster resists and refutes it. He buries himself. He walks away.

‘He had the combined face of a pig and a monkey, which comforted her.’ And so it should. All of us.
Even if we must rip this line from Dilman Dila’s ‘Monwor’ completely out of context.

You must look closely to spot the monster. Although it’s not hard.
The eponymous and implied monster of Tendai Huchu’s ‘The Chikwambo’ is a motley being, an exquisite corpse: it has ‘the face of a new born baby’, albeit with ‘the head dangl[ing] to the side as if stitched up to the neckless body’, and the ‘hands’ of a ‘monkey, the legs of a baboon and [a] torso made of a patchwork of cloth and dried animal skins, fur from rabbits and cows’. A Chikwambo is created by huroyi, or witchcraft, usually for a businessman looking to get rich. All he needs to do is feed it with a relative’s blood and ‘that blood metamorphose[s] into money’.

It’s a labour-power equation. The Chikwambo can eat or die; the businessman should fuck off and die.

Likewise, in Chikodili Emelumadu’s ‘Bush Baby’, there’s a wastrel gambler turned thief, the gwei-gwei pursuing and torturing him for stealing its mat, and the men who lied to the wastrel gambler thief, tricking him into stealing from the forest-spirit even though they know it will cost him – agonisingly – his life. Spot the monster.

Is there some calculus by which we can determine the moment at which the becoming-monstrous occurs? At which capital is embodied and the capitalist becomes capital?

When the monster is monstrated and the line is drawn, the monstrator is always on the wrong side of it.
See Apartheid (cf. James Bennett and Dave Johnston’s comic ‘A Divided Sun’).

Monsters are the world.
In Zambia’s Ndola sunken lakes the Ichitapa lurks. If your shadow falls on the water, the monster will cut it from your body, and you will fall into the water and be devoured. There were thing here before us, Jayne Bauling’s ‘Severed’ tells us, things we cannot account for. Things that will remain long after we – individually and as a species – are gone. They predate us, and they pre-date us, and they will be our post-.

There might be a time when the only ethical thing left for us is, as a character in Vianne Venter’s ‘Acid Test’ seems to think, a radical green accelerationism. Bring it all down, and let the world return.

(Delightfully, and perhaps instructively, Ndola is a twin town of Aldershot.)

Your description of the monster misdescribes the monster and destroys it.
In Joe Vaz’s ‘After the Rain’, strange and deadly things emerge from the abandoned mines swiss-cheesing the ground beneath Johannesburg. Even the bugs in the mountainous mine dumps fear these creatures. They prey on township folk, like some contorted repressed returning, a reminder of the suffering and immiseration and state violence under Apartheid and since.

Mistaken for ‘long skinny men with dog-heads’, the creatures turn out to be dogs, ‘standing on long hind legs, balancing [their] weight on the tips of [their] paws’, a correction that is also mistake. Whatever they are, they are that, not something or some other thing that they resemble. Not the isomorphic protagonist, who got out as a nine-year-old back in 1986 and only now, thirty years later, returns.

But this is what happens when the monster ventures from its lair into normalcy.

Its angularity, its awkward and improbable being, its ferocity and anguish, get domesticated. Like a dog.

‘History is what hurts’, Jameson tells us, failing to add: ‘That, and monsters’.
They hurt and they hurt. They are in pain, and they bring pain.

Like the witch in Sarah Lotz’s ‘That Woman’ and the women who support and protect her because justice is not going to come from patriarchy or the state. Like the daughter of the old witch in Joan De La Haye’s ‘Impundulu’, who unleashes her just rage and anguish – and the eponymous lightning bird – not only on the man who raped her and made her miscarry but on all those who would take his side. On what we, often glibly, call rape culture and patriarchy.

As if naming them contains them.

The other has just as much right (and wrong) as the self.
Which doesn’t mean it’s easy or comfortable, as Su Opperman’s grotesque comic ‘The Death of One’ shows us.

Although maybe I’m reading it wrong. Maybe what I should be paying attention to is the page split into four panels, across the top two of which the man says ‘the death of one is…’ and across the bottom pair of which the sawtooth-beaked, bird-headed man-thing with too many eyes concludes ‘…is life to the other’. This is not some Lion King circle-of-life pablum, but a call for the dissolution of the monadic subject (and his comedy sidekick, the rational economic actor). An invocation of full communism.

‘If you see a monster at your doorstep’, Grandma says in Nnedi Okorafor’s ‘On the Road’, ‘the wise thing to do is shut the door’. Grandma is wrong.
The other is not really other, Lacan says, it just reflects and projects the ego. The Other is radical alterity. It cannot be identified with. It cannot be assimilated. It is unique and beyond representation and it is also the system of representation – the symbolic – that mediates the relationship between the radical, unassimilable alterity of subjects. The Other we first encounter is – quelle surprise! – the mother, defined of course by her phallic lack, which in turn figures the signifier that is always missing.

‘There is an abyss between this world and the next,’ the narrator of Toby Bennett’s ‘Sacrament of Tears’ writes, ‘I fear my nephew looked deep and could not make sense of what he saw’.

But perhaps the abyss is not a vagina, and the vagina is not an abyss.

Perhaps difference is not a lack at all.

Perhaps difference is an opening-out, a flowering into the realm of monsters. Which is where the monadic phallic white subject already, unbeknown to himself, lives. Along with us all.

Perhaps, like the queer, monster-embracing protagonist of Nerine Dorman’s ‘A Whisper in the Reeds’, we should not focus so much on the monster entering our world but instead on going away from here with the monster. On becoming monster.

Because difference is an opening-out onto that place beyond, which is called hope or utopia.