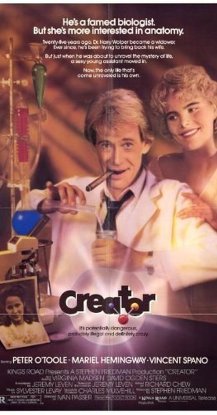 Leven’s novel is presented as the notebooks of Harry Wolper, written during 1969 to record his ongoing efforts to produce a clone of his wife, Lucy, who died in 1936 – efforts he deludes himself are altruistic, since he believes that the human race is about to become infertile. The notebooks include recollections of his courtship and marriage, the experiments that led to his Nobel Prize, his discoveries that enabled the development of the contraceptive pill, and his illicit career as an abortionist before the pill became available. During 1969, Harry’s son, Arnold, schemes to have him committed; his friend, Paul, has a nervous breakdown; and Maury Halpern gets closer and closer to identifying the town’s secret abortionist, who he is determined to see prosecuted. While searching for a woman to carry Lucy’s clone to term, Harry becomes involved with Meli, a nineteen-year-old self-declared nymphomaniac, who wants to marry him.

The notebooks also chart Harry’s relationship with Boris Lafkin, a fictional character in the novel he is writing, increasingly lengthy extracts of which appear in the notebooks. Boris demands control over his own narrative – hitherto, a series of cruelly comical misadventures – and his life radically improves as he meets, fall in love with and proposes to Barbara. But then she suffers an aneurysm and slips into a coma. Boris finally agrees to turn off her life-support. The autopsy reveals that, with a little more time, she would have recovered from the seemingly irreversible brain damage.

Harry, who suffers from Mazel’s Syndrome, dies within a month of marrying Meli. The final journal entry is by Boris, who wonders why he ever needed to invent Harry in the first place. Just as his story has taken over the journal, so now he becomes the author of Harry – at least until Harry tries to have the final word.

Leven’s novel is an awkward patchwork of tones, ranging from pseudoscientific patter to cod-philosophising, from the clumsily lascivious (a feature also of his second novel, Satan, His Psychotherapy and Cure by the Unfortunate Dr Kassler, JSPS (1982)) to the tediously prolonged sentimental (Leven’s screenplays include The Legend of Bagger Vance (Redford 2000), The Notebook (Cassavetes 2004) and a draft of The Time Traveler’s Wife (Schwentke 2009)). The novel’s metaleptic play between ontological levels, hardly groundbreaking in 1980, is a victim of the increasing familiarity of such postmodern fictional techniques (which Leven was even able to deploy in his romantic comedy screenplay, Alex & Emma (Reiner 2003)). Its bawdiness repeatedly runs aground on the characters’ unlikeability, and its attempts at profundity keep running into the problem of not actually having anything profound to say.

Ivan Passer’s film, scripted by Leven, jettisons vast swathes of material. It retains Harry’s (Peter O’Toole) private cloning experiment and relationship with Meli (Mariel Hemingway), and relocates Boris’ (Vincent Spano) story to the primary diegesis, where he is a graduate student Harry poaches from a rival scientist, Sid Kullenbeck (David Ogden Stiers). By locating both narratives on the same ontic level, it loses any self-reflexive edge;

rather than competing with and commenting upon each other, they become nothing more than strands in a poorly focused (rather than multi-centred) story. Just as the complexly layered and multi-accented novel is transformed into a mildly comic sentimental drama, so Harry is recast as a genial eccentric, given to impish misbehaviour and flouting authority. O’Toole’s beautiful laziness lends the character an otherworldly air, as if he were a saint or a fool, but Hemingway is merely annoying as Meli – a character one is supposed, presumably, to find kooky and charming, if only to allay any distaste at the substantial age gap between her and her lover. Similarly, as Boris and Barbara Spano and Virginia Madsen (and their director) struggle with a script that seems incapable of them as anything more than characters in a poorly conceived novel. It is difficult to tell whether a tear-jerking ending in which Barbara died would have been any more disastrous than the one Leven actually opted for, in which Harry uses his authority to buy Boris sufficient time to talk her – successfully and without lasting health problems – out of a coma. No trace of the camp cruelty with which the novel’s adolescent ironies break Boris survives.

A new subplot involves Harry’s rivalry with Sid Kullenbeck, who schemes to get Harry relocated to Northfield, an unfunded research centre, where elderly scientists are put out to pasture, so that he can gain control of the funding Harry commands. Kullenbeck does not realise that the money follows the recipient, rather than staying with the institution, so when Harry’s masterful presentation to representatives of a research-funding organisation attracts even more money, everyone relocates with him to Northfield. It is unclear, however, what this adds to the film, other than some gentle humour at the expense of Stiers’s familiar pompous persona. 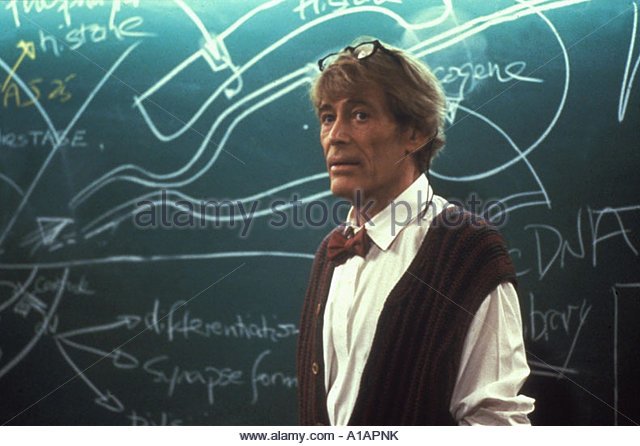 Ivan Passer, whose Intimni osvetleni/Intimate Lightning (1965) remains an important film of the Czech New Wave, has never seemed comfortable making films in America, despite emigrating there in the late 1960s. Indeed, his cult hit Cutter’s Way (1981) mostly succeeds as a character-driven crime thriller because of the piquancy of its angular failures. While Passer’s direction of Creator is never less than competent, it is rarely more than that. His attempts to make the film freewheeling and quirky repeatedly stall in the face of a screenplay that is incapable of imagining people or human emotion.