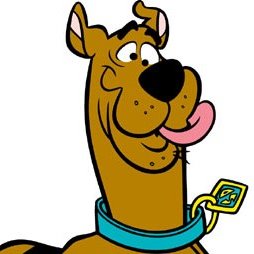 Ziggy is in front of the tube … watching Scooby Goes Latin! (1990). … She wants to enfold him forever. Instead lets him recap the plot for her. Shaggy, somehow allowed to drive the van, has become confused and made some navigational errors, landing the adventurous quintet eventually in Medellín, Colombia, home at the time to a notorious cocaine cartel, where they stumble onto a scheme by a rogue DEA agent to gain control of the cartel by pretending to the ghost – what else – of an assassinated drug kingpin. With the help of a pack of local street urchins, however, Scooby and his pals foil the plan.

The cartoon comes back on, the villain is brought to justice. ‘And I would’ve got away with it, too,’ he complains, ‘if it hadn’t been for those Medellín kids!’